When it’s produced an electrical storm, it’s generated mostly in the bottom of the cloud an electric field with negative charge. At the same time, it appears a positive charge on the ground below the storm. When the electrostatic field is less than 8 kV / m, air is an insulator, but when it is equal to or greater can generate an electric arc (lightning).

WHAT IS A CONVENTIONAL RODS SYSTEM? 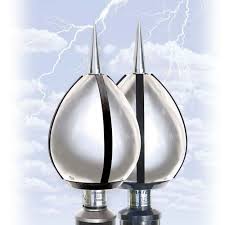 Simple rods or Franklin rods don’t perform a special action during thunderstorm; the protection of these rods is based on its position, morphology, materials and physical reaction that is performed due the electrostatic field.

The air terminals can reinforce the protection offered by a mesh. The mesh is a grounded metal network covering the entire building. When lightning strikes on it, the current discharge is distributed throughout the network, reducing the damages that it can cause to the facilities.

WHAT IS A ESE LIGHTNING ROD SYSTEM? 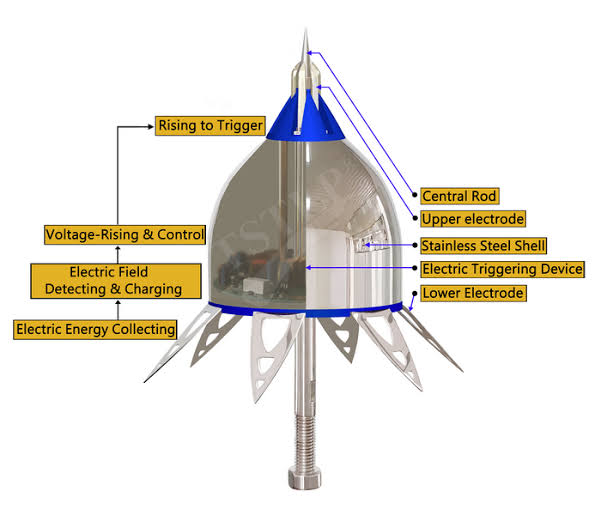 An ESE lightning rod with an Early Streamer Emission system has as a target anticipated it to the lightning strike, in order to protect all the rest of the area. The operating principle is the same as a simple rod, but an additional ionization system getting cover a greater protection radius.

Creates an upward leader farther away thanks to the extra ionization of the ESE lightning rod, which is activated by the electromagnetic field produced by the storm. The ESE attracts the lightning to its tip, then the down-conductors conduct the current discharge to the grounding system keeping the entire installation protected.

This ionization, allows to the active protection, to have a greater protection radius. With this methodology we managed to cover not only the structure but also its surroundings or open areas.

The difference between these systems is the activity carried out during the storm. As explained in the above points, the main and important difference is the protection radius of each external lightning protection.These differences allow us to specify its advantages: